Find this article at:
go.ncsu.edu/readext?736952
— Written By David Davis

Isn’t it funny how we often look to the most complicated solutions to reach our goals, but the simplest solution was right there the whole time? For example, take a farmer that I once visited early in my career. He asked that I come visit his farm to suggest improvements to his operation. He was so very proud of all the work, and improvements that he had made to his beef cattle operation. He was a recent graduate of the grazing school, and he never missed a beef focused educational meeting that the county cooperative extension office conducted. During the visit, he wanted to focus on the very complicated improvements like adding fences, waterers, and feeding pads. He thought that the greatest improvement he could make to his herd was by purchasing new and improved bulls, and choosing the best EPD’s. Yet the change that would have benefitted him the most was so simple. When he asked if I saw anything that needed improvement, I knew what I wanted to tell him right away. It was very basic! Don’t leave the bull in with the cows year-round. Establish a timed calving season. 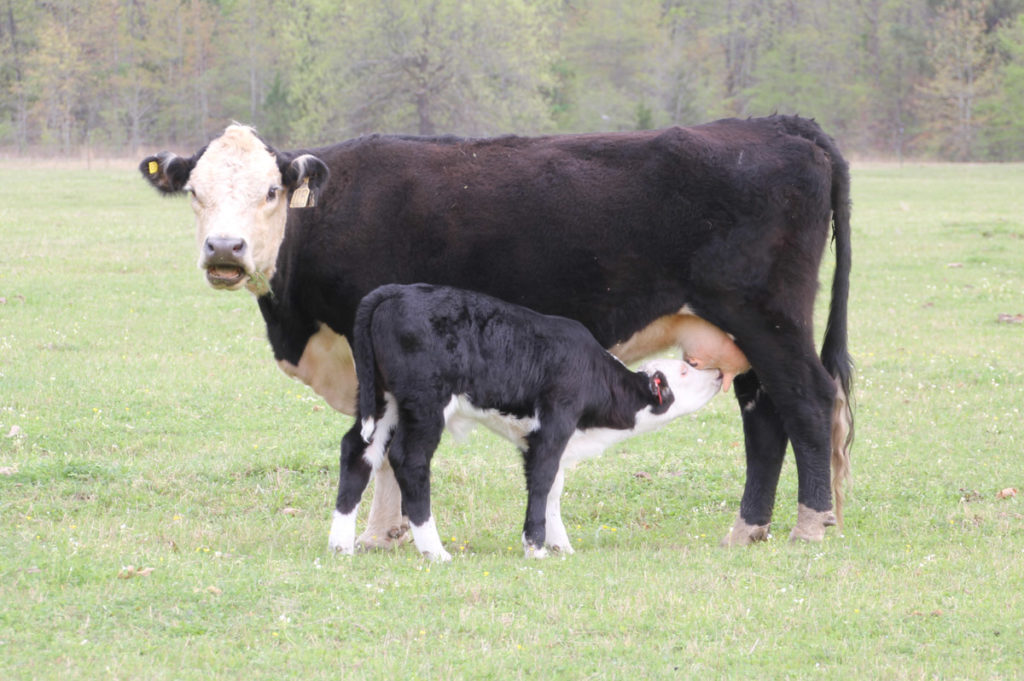 Maintaining a timed breeding/calving season allows the development of a feeding plan to match nutritional needs of the animals.

The biggest reason for establishing a timed calving season (that doesn’t last 365 days) is that it makes it much easier to manage your herd. Good herd managers understand the needs of their animals as they change throughout the year. Limiting the time that the bull is in the pasture, and establishing a timed breeding/calving season should sync the needs of most of the breeding females together in groups. For example, for a spring calving herd that will calve between mid-February and early April, we know that their nutritional needs are going to be highest over the next few months that calves are nursing. We know that nutritional requirements are lower mid to late gestation before those calves are born. This allows the development of feeding plans that can be designed to meet the different needs of those animals overall. Developing a feeding plan for all the cattle in the herd that are calving 365 days per year is a much harder, if not impossible task. A feeding plan can also be developed for the bull that will enable him to be much more productive going into breeding season.

Maintaining a timed breeding/calving allows development herd health management plans that should include pre-breeding and pre-calving vaccination schedules to minimize disease risks in the herd.

Just simply knowing when calves will be born can also allow for management that will improve productivity. Having a timed calving/breeding season will give herd managers the opportunity to better manage herd health. In particular, vaccination protocol can be developed to lower disease risk for animals during calving or breeding season. This not only includes the females, but protocol can also be developed to minimize disease issues in bulls prior to breeding season. A timed calving season also allows farmers to be more prepared to tackle calving problems. This can help minimize calve losses due to calving difficulties.

Besides the ability to better develop herd health and feeding plans, another benefit of a timed calving/breeding season is the ability to better develop a calf marketing plan. The shortest calving windows usually will result in more uniform that can be marketed in lots. It is much easier to develop, monitor, and alter feeding plans for calves have a higher uniformity. More uniformity in the calf crop makes it easier to target certain weight ranges and alter the feeding plan to better prepare calves for market.

The last reason to get the bull out of the herd, and to establish a timed calving season is one that most cow/calf operators probably do not think of. Timed calving seasons, combined with good calving and production records do not tell lies about the true productivity of the herd. I discussed this concept with the farmer that I referenced earlier on the visit that I made with him. When I suggested that he change to a timed breeding/calving season, his initial response was “why?”. After all, his cows produced calves every year. I worked with him to establish a timed calving season, worked with him to improve his record keeping, and from those records we were able to get a true sense of what was going on with his herd. Record keeping is a great topic for another day, but through that process, he discovered he was actually only having about 1 calf about every 1.5 years for most of his cows. That means that every 3rd year, he was essentially losing the production of a calf. There were reasons for this other than a need to cull those cows, but some of those cows did need to be culled from the herd and the farmer did not know.

For those of you that are cow/calf producers that do not currently have a timed breeding/calving season, have I convinced you about the importance of establishing a timed breeding/calving season? If so, you may be wondering about where to start to change your operation. I would be glad to discuss this with you! Please feel free contact me at the N.C. Cooperative Extension, Yancey County Center by calling (828) 682-1874.

We also have a few other email lists you can subscribe to.